From the geometric shapes in the early 70s to the thin bars of colour on ephemeral backgrounds that preoccupied him throughout much of the decade, and then on to the more opaque textural backgrounds in the latter part of the decade, Perehudoff's art was always concerned with colour harmony and exploration of material.

"They have evolved from arrangements of brilliant, clearly defined geometric shapes, to evanescent sheet and bars of pulsating color, to looming walls of inflected, even more subtle hues. They are characterized by what can only be described as a meticulous concern for design - manifest in austere layouts - and an unabashedly romantic quest for the Beautiful - in the form of ravishing color and surfaces."

Quoted from New York critic Karen Wilkin in the catalogue 14 Canadians - A Critic's Choice at the Hirshhorn Museum and Sculpture Garden in Washing, D.C. 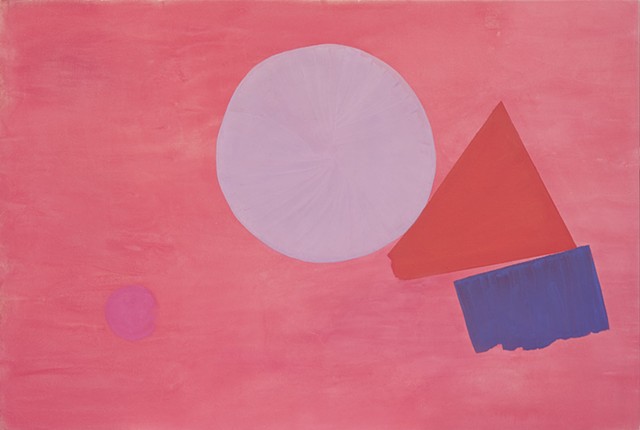 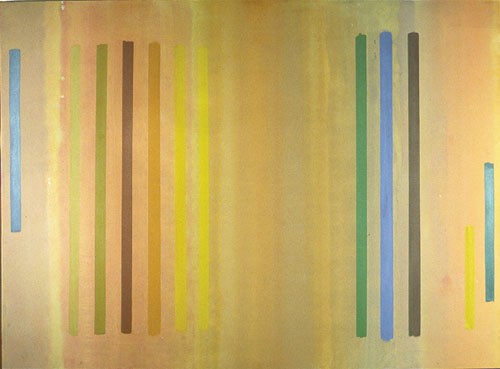 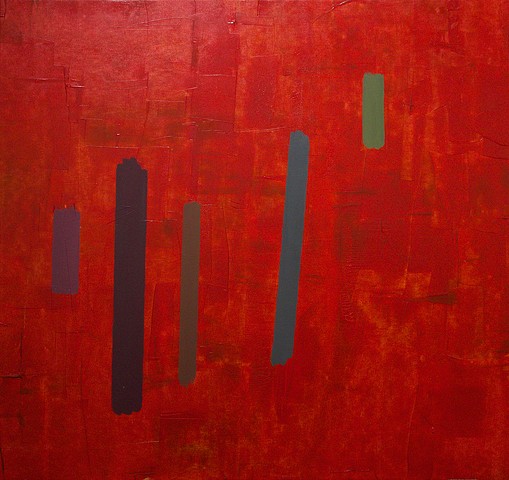 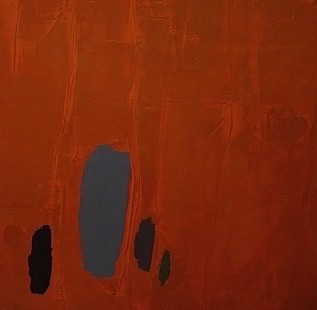